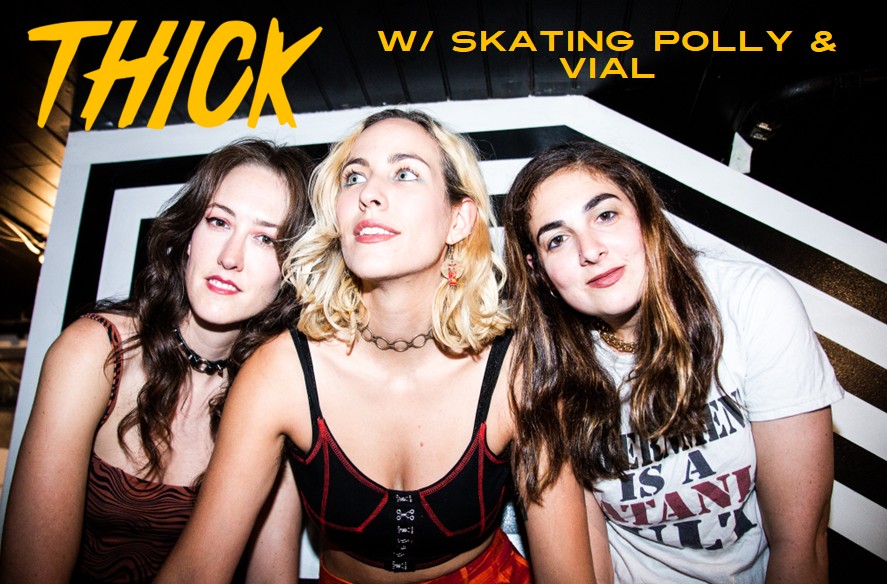 Since first forming in 2014, New York trio THICK have triumphed at turning the harshest truths into wildly exhilarating punk songs. On their second album Happy Now, vocalist/guitarist Nikki Sisti, vocalist/bassist Kate Black, and vocalist/drummer Shari Page deliver their most complex and confessional work yet, exploring everything from self-sabotage and insecurity to victim-blaming and destructive relationships. Raw, irreverent, and brutally honest, Happy Now ultimately offers both joyful catharsis and much-needed instruction for living well in turbulent times.

“Most of our songs lean toward optimism, even when there’s a lot of pain in them,” says Sisti, who refers to THICK’s output as a “living diary.” “It’s not about toxic positivity or trying to force yourself into happiness; it’s about recognizing that it’s okay to feel a whole spectrum of emotions, and then getting to the other side and really growing from your experiences.”

The follow-up to 5 Years Behind (a 2020 release praised by Under the Rader as a “dazzling debut album…laced with anger, humor, killer guitar riffs, and soaring punk melodies”), Happy Now finds THICK working again with producer Joel Hamilton (Iggy Pop, Juiceboxxx) and recording at Studio G Brooklyn. In a profound evolution of their previous work, the 11-track album encompasses sharper arrangements and stickier hooks and a more explosive energy—an effect often achieved through the sheer force of their three voices singing in unstoppable unison.

Skating Polly -Fusing elements of alt-rock with classic D.I.Y. punk and indie pop, savvy Oklahoma sibling band Skating Polly found international exposure through rigorous touring, earning both critical acclaim and support of the indie rock scene. Kelli Mayo and Peyton Bighorse formed the group at a young age, with their brother Kurtis Mayo joining in 2017. The band is noted for their alternating instruments among each member, poetic lyrics, intense live shows, melodic arrangements, and an eclectic array of songs. They have released five albums and make over thirty music videos.

VIAL is an indie punk powerhouse who knows how to adapt their sound, and themselves. Adaptability is one of VIAL’s core strengths and this allowed them to grow in new ways during 2020’s days of quarantine by creating a wide audience on TikTok and other social media while revving up to release their blossoming new record. 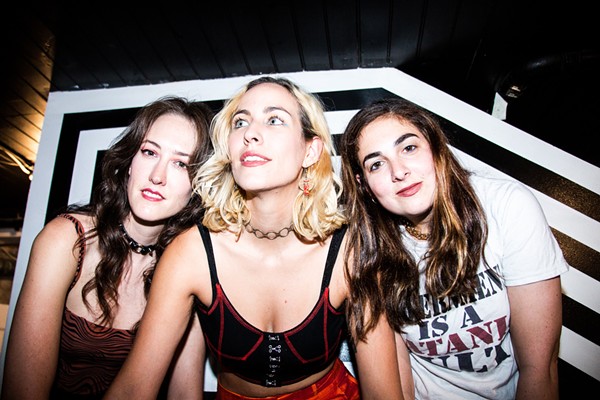 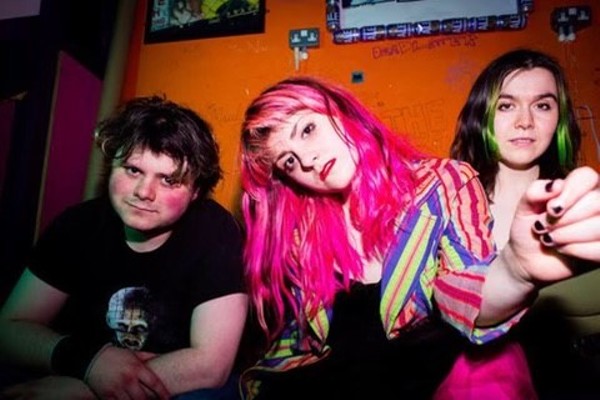 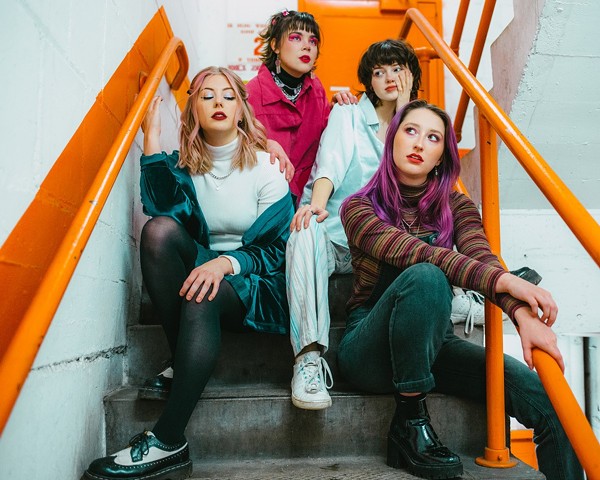 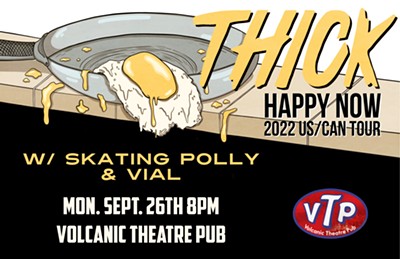