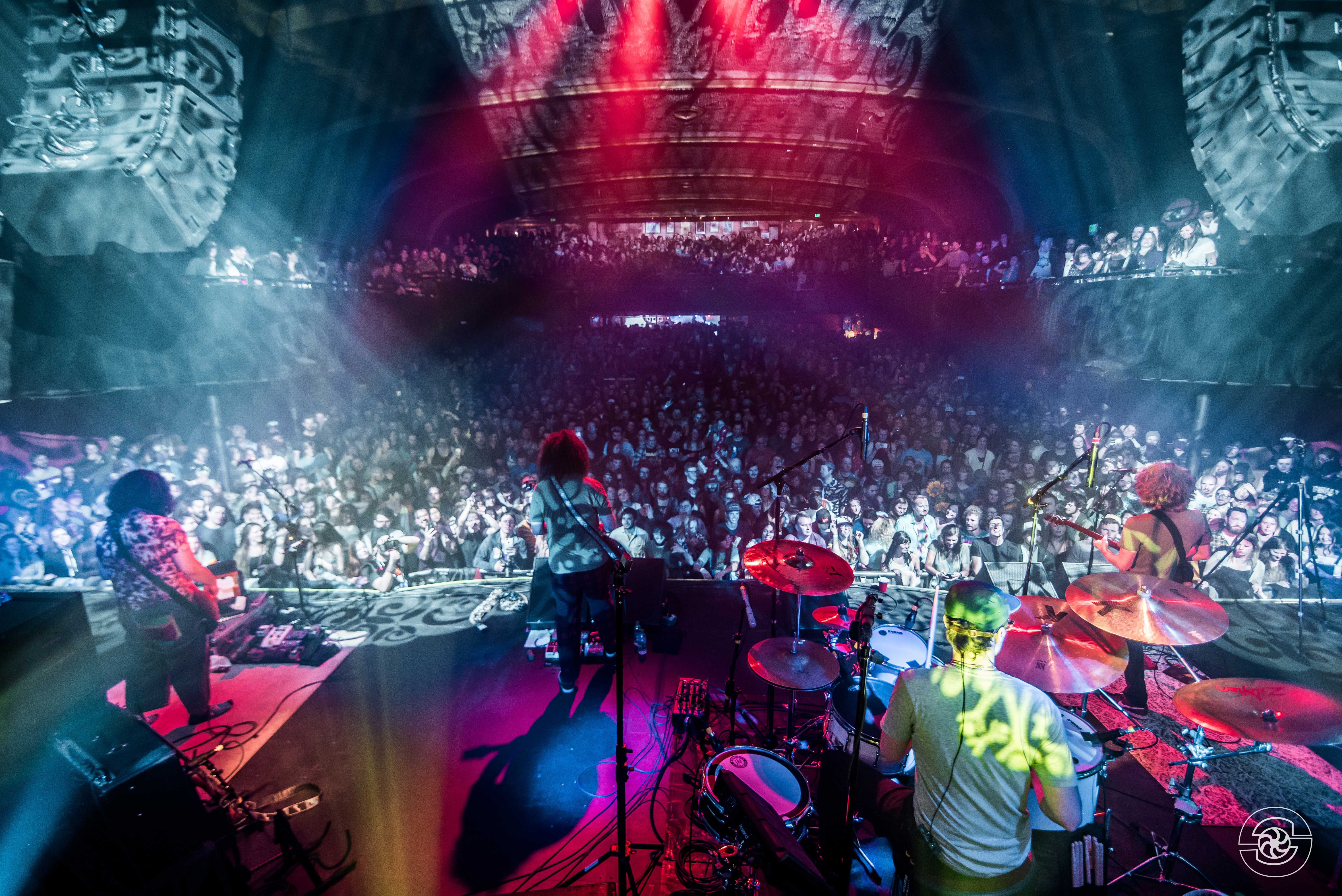 at The Domino Room
This event has passed.

Parallel 44 Presents is beyond excited to bring you Funk/Rock sensation Pigeons Playing Ping Pong w/ special guest badass Andy Frasco on Thursday, October 11th at The Domino Room. Doors open at 8:30 and Andy kicks off the show w/ a ferocious set at 9PM. Advance tickets for this 21+ show are $15 and $20 door and we suggest you buy yours soon ! Thank you to our sponsors Dr. Jolly’s, BIGS Hydroponics, The Source Weekly, and Cascade Alchemy.

About Pigeons Playing Ping Pong:
Pigeons Playing Ping Pong brings end-of-the-world enthusiasm to their high-energy psychedelic funk. Their infectious electro-funk grooves, undeniable live energy and contagious smiles have their rabid fan base “The Flock” growing exponentially. Based out of Baltimore, MD, this animated quartet has been scorching up the country with their explosive performances and danceable peaks… and they’re loving every minute of it.

It’s a whimsically apt metaphor for Pigeons Playing Ping Pong, a band whose very existence is rooted in the unyielding quest for joy and positive energy. Blending infectious funk grooves, psychedelic jams, and experimental electronics, the Baltimore four-piece’s new album, ‘Pizazz,’ is a buoyant, blissful reminder of just how much fun music can be. Eschewing the traditional funk band lineup that typically includes keyboards, Pigeons Playing Ping Pong constructs effervescent soundscapes with just two guitars, bass, and drums, crafting their music with a sophisticated ear for both open space and dense layering.

While ‘Pizazz’ is, in many ways, a familiar continuation of the journey that’s earned the band its rapidly expanding and rabidly devoted following (known as The Flock), it also marks the beginning of a new chapter for Pigeons Playing Ping Pong. The album’s eleven tracks are the group’s first recorded with new drummer Alex Petropulos, whose airtight grooves and explosive power push the band’s sound to new heights.

“We’ve had some of these songs in our live catalog for a while,” says Ormont, “but playing them with Alex has breathed new life into everything. His style and energy have revealed nooks and crannies that we didn’t even realize existed in the tracks. All music boils down to having a good drummer, especially in our dance-oriented jam world, and we’ve got the best drummer I’ve ever heard right now.”

It’s a bold claim, but Pigeons Playing Ping Pong has the live show to back it up. Glide Magazine called them “a band that melts faces and pulls no punches,” while C-Ville Weekly praised the growing “cult around [their] high-energy music, goofy stage antics, and all around good vibes,” and JamBase raved that guitarist/vocalist Jeremy Schon is “destined to become one of our generation’s finest guitarists.” Since the group’s inception nearly a decade ago at the University of Maryland (where the band’s name came to Ormont and Schon during a moment of transcendence in Psych 100), they’ve built up a reputation as one of the most engaging and life-affirming acts on the road, maintaining a relentless tour schedule that has them performing up to 200 shows a year and hitting festivals from coast to coast. The band even founded their own gathering, Domefest, which recently celebrated its eighth year and attracted nearly 2,000 members of The Flock for an immersive weekend of love, music, and community.

“It’s really important that our live show puts out as much energy as possible and promotes lightheartedness and positivity,” says Schon. “All that matters in the moment at a concert is what’s going on onstage and in the room around you, and we try to put on a show where people can really lose themselves in those moments and use our music as an outlet to feel good.”

The band chased those same ideals when they headed into producer Steve Wright’s WrightWay Studios in Baltimore to record ‘Pizazz,’ the follow-up to their 2016 fan-favorite ‘Pleasure.’ Tracking live on the floor, the foursome channeled all the rapture of their live shows into tight, crisp packages. Songs that may unfold onstage over the course of 20 minutes were reimagined for the studio, where they’d need to reach the same frenzied, emotional heights, in less than half that time.

“I think this album really shows attention to detail when it comes to choosing our moments and the way we’ve been able to make parts more concise without losing their natural feel,” says Ormont. “Having a strong drummer is a big part of that. Alex is able to convey so much feeling and bring us to those peaks and valleys really quickly and efficiently when we need him to.”

‘Pizazz’ opens up with the bouncing, carefree “Fun In Funk,” which finds the band proclaiming, “We put the fun in funk” over wah-wah guitars and an infectious rhythm section driven both by Petropulos’s drums and Ben Carrey’s fat, slinky bass lines.

“Funk is very fun, upbeat, happy music to begin with,” says Ormont. “It’s our mission to put that fun into everything we do."

It’s a mission that Pigeons Playing Ping Pong was born for. The visceral sense of joy in their music acts as a sort of glue here, binding the band’s wildly versatile sounds into a cohesive and distinctive whole on the album. On “Somethin For Ya,” they channel 70’s disco and pair it with a wicked prog-rock solo, while tracks like “Offshoot” and “Too Long” embrace the group’s darker, more bass-and-electronics-influenced dance side. “Poseidon” and frequent show-closer “Ocean Flows,” on the other hand, showcase Pigeons’ bright, sparkling, melodic soul, as ‘Pizazz’ rises and falls with the same inimitable mix of precision and frenzy that defines the band’s one-of-a-kind live show.

Each Pigeon is a virtuosic musician and improviser in his own right, and the band’s songs are frequently born out of impromptu grooves and riffs. The swirling, trippy “Porcupine,” which clocks in at nearly eight minutes in all its jamming glory, taps into the uninhibited, open-ended nature of the band’s rehearsal sessions, while the driving “Henrietta” grew out of one of Schon’s soundcheck guitar loops. The island vibes of “Fox and Toad” are pure stream of consciousness written in the car after band practice, and “Doc” is a gritty, horn-fueled sing-along inspired by a Baltimore legend.

“There’s a homeless man named Doc who would always spend his time outside of the 8x10 club in Federal Hill, where we learned to push our limits as a band,” says Ormont. “Doc always supported us. Even though he was sleeping under a bridge, he’d always ask you how you were doing. We really wanted to commemorate his toughness and positivity.”

It’s difficult to think of a more fitting match for a band like Pigeons Playing Ping Pong, who radiate positivity wherever they go. Whether it’s Doc or The Flock, the band wants to elevate each and every member of their audience to the kind of blissful place that only the most ecstatic live music can take you. It’s a place filled with beauty and light, joy and power, love and community, all delivered with a heaping dose of pizaaz.

About Andy Frasco:
Stirring up a simmering stew of soul, funk, rock, roots, Americana, and blues, Andy continues to musically intoxicate listeners worldwide. Releasing five independent full-length albums to date, the boys have shared the stage with everyone from Leon Russell, Dr. Dog, Joe Walsh, and Gary Clark, Jr. to Snoop Dog, Galactic, Pepper, Foreigner and more. A festival favorite, they’ve ignited Firefly, SXSW, Wakarusa, Electric Forest, Backwoods Music Festival, Phases of the Moon, and beyond. Along the way, they earned acclaim from Relix, Pollstar, Live for Live Music, SoundFuse, and others in between cracking 2 million cumulative Spotify streams.

As they begin recording album number six with producer David Schools of Widespread Panic, Songs from the Road confidently opens up the next chapter of Andy Frasco & The U.N.

“At the end of the day, I want people to know we’re a band that can entertain, but we write good songs,” he leaves off. “We have fun, but we take this super seriously. We’ve dedicated our lives to this. This is my life destiny to make everyone feel good. That’s my job on this planet for the next thirty or one-hundred years that I’m alive. It’s what I plan on doing.” 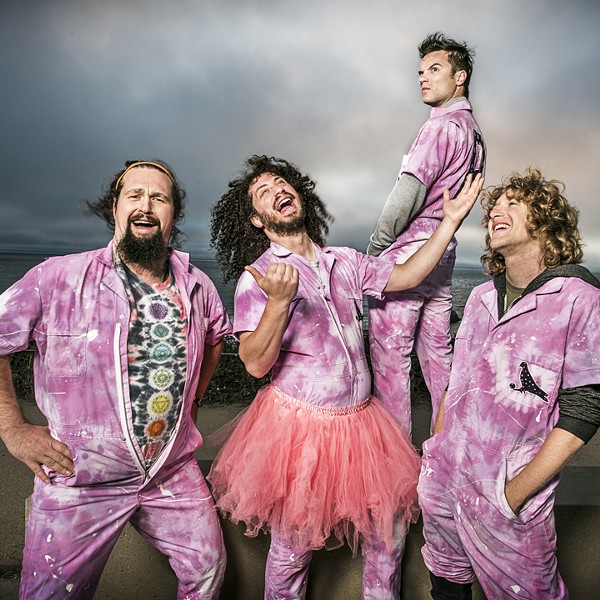 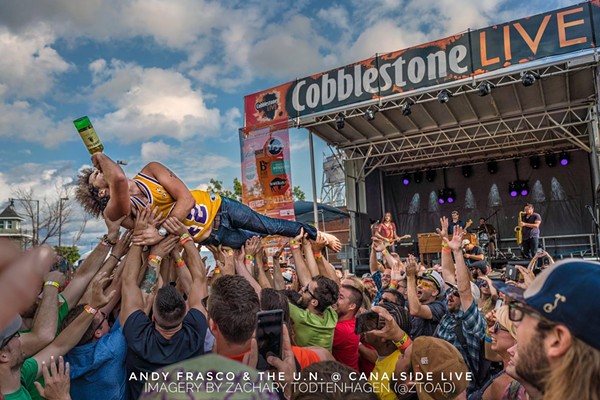 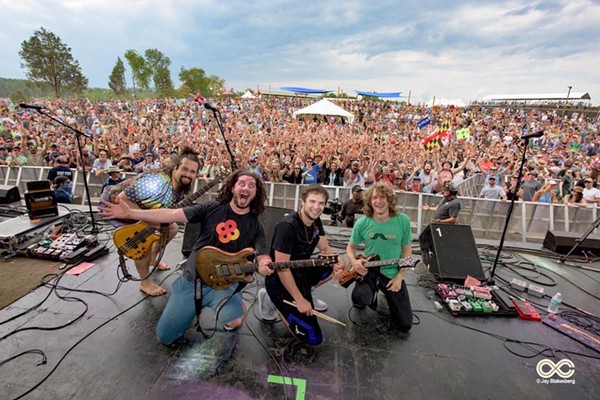